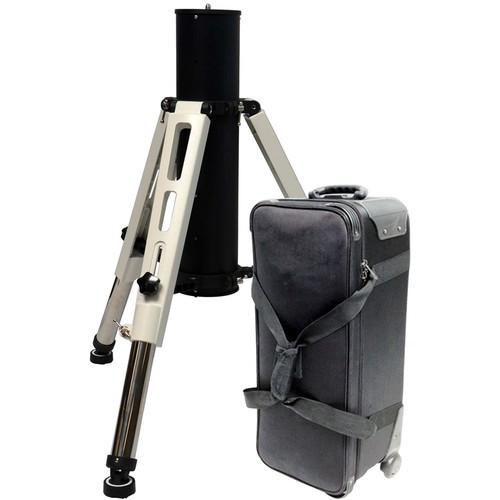 iOptron brings together their unique compact "Level and Go" mount with the portable yet incredibly stable support system to create the AZ Mount Pro GoTo Alt-Az Mount with Tri-Pier and Case. This combination of mount and support system is an ideal solution for users with mid-sized OTAs that require solid and reliable platforms for observing small or dim objects, or longer-exposure astrophotography. To safely store and carry the tri-pier, iOptron includes a rolling carrying case for it. Also included, are a 10 lb counterweight and star knobs with center post.